The GTX 1080 is a high-end graphics card which was announced in May 2016 and is based on the new Pascal architecture. We were able to review the Founders Edition from Nvidia and put it through our benchmarks.
Klaus Hinum, 05/17/2016 🇩🇪
Geforce Desktop

The GeForce GTX 1080 from Nvidia is the first consumer chip with the Pascal architecture and 16 nm FinFET. The new architecture promises significant efficiency improvements and some new features. We have a look at the latter in our article about the Pascal architecture here. This article focuses on the features and the performance of the desktop GeForce GTX 1080 based on the GP104, more precisely the Founders Edition from Nvidia. This version was designed and built by Nvidia and replaces the old "reference design". The Founders Edition, however, can be seen as a higher-quality version and is much more expensive at $699 (without taxes) compared to the less expensive 1080 cards, which will start at $599 (without taxes) according to Nvidia.

The Founders Edition uses high-quality materials, a vapor chamber cooling and a high-quality PCB. It is shipped with a single 8-pin power connector and offers 3x DisplayPort 1.4 ("ready"), one HDMI 2.0b and a dual-link DVI port. 8 GB GDDR5X video memory is also sufficient for today's standards.

The Nvidia GeForce GTX 1080 is a fast desktop graphics card based on the Pascal architecture. It was announced in May 2016 and offers all 2,560 shader of the used GP104 chip. Furthermore, the GPU is coupled with 8 GB GDDR5X graphics memory using a 256 Bit interface (10 GHz, 320 GB/s). The chip is manufactured at TSMC in 16nm (FinFET). The TDP is specified at 180 Watt and therefore slightly higher than the predecessor, the GTX 980 with 165 Watt.

We primarily use the popular 3DMark series from Futuremark for the synthetic benchmarks. The new GTX 1080 is just behind two GTX 980 cards in an SLI configuration inside the MSI GT80S 6QF. SLI scales very well in the 2013 tests, but the SLI configuration is roughly on par with the GTX 1080 in the older 3DMark 11. However, the GTX 1080 can take the lead in Unigine Heaven 4.0. If you count all GPU benchmarks, the 980 SLI has an advantage of 6%.

A single GTX 980 is obviously clearly beaten by the Pascal-based GTX 1080; the Schenker XMG U716, for example, falls behind by around 40%. This difference is also maintained in Unigine Heaven. The Radeon R9 Fury (desktop) is a bit faster than the GTX 980 but is also clearly behind the new Pascal card (-33%).

Much more interesting is obviously the gaming performance in the 4K resolution with high details. The SLI scaling does not always work really well, so the GeForce GTX 980 SLI in the MSI GT80S 6QF falls behind the new GTX 1080 by 14% on average. A single GTX 980 is 41% slower; the R9 Fury performs a bit better with a deficit of 31%, but it cannot keep up with the GTX 1080, either. The mobile GeForce GTX 980M is clearly beaten and falls behind by 57%. All tested games were smoothly playable with these settings.

After the promising benchmarks in 4K and high settings, there was the question of whether the GTX 1080, as the fastest single chip GPU, is powerful enough for modern titles at the highest settings, Anti-Aliasing and 3840x2160 pixels. This was the case for Need for Speed 2016 (46 fps), The Division (39 fps), Star Wars Battlefront (61 fps) and Battlefield 4 (58 fps). Only Anno 2205 (24 fps), Doom (ultra 51 fps, min 41) and Crysis 3 (31 fps) were close calls. This means the performance is still not sufficient enough to avoid stutters in very demanding scenes. Still, you can easily enjoy the 4K resolution with a slight reduction in respect of AA or details.

More gaming benchmarks and additional resolutions are listed at the end of this article where you can also find general information about the GPU.

All in all, you have to expect a performance drop of up to 6% depending on the application.

Praised as a new miracle weapon (by AMD in particular), we now finally have the first games with DirectX 12. However, we can see that the Nvidia driver was already extremely well-optimized and the use of DirectX 11 actually comes with small performance gains in many cases. Ashes of Singularity at "crazy" settings and 4K, for example, was a bit faster with DirectX 11 at 41.6 vs. 40.8 fps. We also measured a small performance advantage for DX 11 for Rise of the Tomb Raider. Hitman still produced graphics errors with the review driver 368.13 in DX12, so we waived a comparison (Nvidia says they are working on a fix until the launch). The theoretical potential of DirectX 12 is shown by the 3DMark 2013 Overhead Test. An 11x result speaks for itself.

The 1080 cannot beat two GTX 980 cards in the LuxMark render test, because the scaling of the two GPUs just works too well in this case. The R9 Fury and a single GTX 980 on the other hand are clearly beaten. It seems the ComputeMark could not utilize both GTX 980 cards, so the 1080 manages an impressive advantage of 73 and 79%, respectively. The R9 Fury is also 25% slower but can take the lead in Fluid 3DTex.

Using a consumer GPU for professional applications is tempting. The price differences to the Quadro cards are often very big, but the GeForce drivers are not certified and also pretty limited in some cases. Depending on the driver version (for notebooks in particular), the performance can fluctuate significantly. We took a "good" GTX 980 in the Schenker XMG U716 and a "bad" one in the GT72S as an example, because they differ a lot in Maya, for instance. Both cards offer a similar DirectX performance, but the different driver versions result in these big differences. By the way, the 980 SLI did not have an advantage over a single 980. The professional M5000M and even the M3000M are much faster is some tests like Siemens NX, despite the slower hardware. Still, the performance of the GTX 1080 with the driver version 368.13 was good in general.

Thanks to 12-bit HEVC decoding and new security features, the GTX 1080 is one of the first cards certified according to PlayReady 3.0 (SL3000) and can therefore be used for 4K streaming (e.g. Netflix) in Windows 10. More information about Pascal's video decoding and encoding is available in our in-depth analysis of Pascal.

Emissions of the Founders Edition

The Founders Edition of the Nvidia GeForce GTX 1080 is conveniently restrained in terms of emissions. We can hardly notice a difference to the (admittedly pretty loud) CPU cooler at a distance of 15 cm when the desktop is idling. We can measure about 41 dB (for PSU and CPU fan) with and without the GPU. The curve in the lower diagram even shows that the CPU fan is actually a bit louder in some cases with the activated integrated GPU. The system noise is increased up to 49.4 dB (2355 rpm) under load in FurMark and 48.5 dB (2200 rpm) in The Witcher 3 under sustained load. Still, the noise characteristics are convenient and never annoying.

We did notice annoying coil whining at frame rates above 200 fps though. It gets really unpleasant above 400 fps, but this should not be an issue for most users.

Our test system consumes 66 Watts without dedicated graphics card on the Windows 10 desktop with one 4K monitor connected. This value is raised by 8 Watts to 74 Watts with the GTX 1080. HWiNFO sensors show 8.8 Watts for the GTX 1080, which supports our measurement. Using an XFX Radeon R9 Fury Pro we measure 85 Watt. The Asus Strix GTX 980Ti needs 1 Watt more with 86 Watts. As the typical 980 is about 3 to 8 Watts better than the AMD R9 Fury, the GTX 1080 should easily beat its predecessor in idle too.

Using The Witcher 3, we can measure 322 Watts at the socket at first (248 Watts more than idle). HWiNFO shows 175 Watts for the GPU. The value levels off at 302 Watts after 5 minutes (HWiNFO shows 160 Watts for the GPU, 34 Watts for the CPU). The recommended 500-Watt PSU should therefore be sufficient. Using the R9 Fury, we get around 350 Watts (constant) in the same scene. The Asus Strix 980 Ti (overclocked by Asus) is using even more with about 397 Watt.

After numerous benchmarks and measurements, we can congratulate Nvidia for Pascal with a clear conscience. The graphics card has a similar power consumption, but there is a significant performance jump. Even two GTX 980s SLI can be slightly beaten on average in the gaming benchmarks. The desktop 980Ti and Titan X are also beaten. Gaming in 4K with the GTX 1080 is usually possible at high settings. A notebook version is probably just a matter of time, similar to the GTX 980.

The high-quality Founders Edition from Nvidia convinces with convenient noise levels and high-quality materials. Only the future will tell if it can compete with third-party models. The price will probably be average, but more expensive cards will certainly be shipped with higher clocks.

The following benchmarks stem from our benchmarks of review laptops. The performance depends on the used graphics memory, clock rate, processor, system settings, drivers, and operating systems. So the results don't have to be representative for all laptops with this GPU. For detailed information on the benchmark results, click on the fps number. 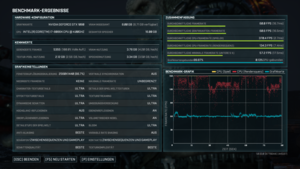