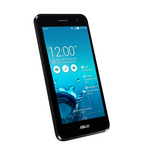 The Padfone X Mini isn't a device we'd recommend for everyone. The overall idea has some definite merit and it has features that will appeal to a specific audience. If you're just in the market for an inexpensive pre-paid phone, there are higher-performing standalone options out there and you can still get a nice tablet for a relatively small outlay.
Single Review, online available, Long, Date: 01/12/2015

Z2560: SoC with an integrated dual-core Atom based CPU clocked at 0.9 - 1.6 (short bursts), a 400 MHz PowerVR SGX 544MP2 graphics card, and a dual channel LPDDR2 memory controller.» Further information can be found in our Comparison of Mobile Processsors.