Overall, the Acer TravelMate X313 is a solid device, as far as convertible ultrabooks go. As with others of this nature, those who are unfamiliar with this type of hybrid device might find it uncomfortable due to the loose nature of the unit: it is very top heavy, with a flexing keyboard and, due to being propped up only on the fabric cover, it will feel unstable unless you have it on a solid flat surface, like a desktop or table.
Single Review, online available, Short, Date: 04/19/2014

Whether you consider it a laptop or a tablet with bundled keyboard, the Acer TravelMate X313-M is hard to recommend. With its low-res screen, mediocre processor, short battery life and uncomfortable keyboard, the device would be a poor choice for anyone. This hybrid seems particularly ill-advised for its target audience of business users, who need productivity and endurance the most.
Single Review, online available, Long, Date: 03/24/2014
Rating: Total score: 30%
50% Acer Travelmate X313
Source: Digital Trends

Acer Travelmate X313 The Acer Travelmate X313 is yet another entry in a long line of so-so Windows convertible Ultrabooks, and its flaws are entirely familiar. Lackluster battery life? Check. So-so performance? Yep. Poor bundled keyboard? Double-check. We’ve been down this road before, and while the hardware in this system is newer, it falls short for the same reasons as previous models have.
Single Review, online available, Long, Date: 03/14/2014
Rating: Total score: 50% 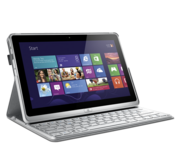 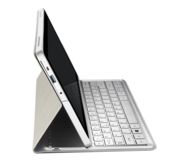 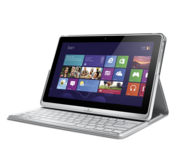 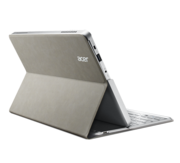 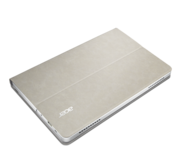