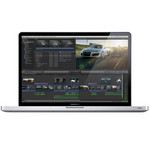 Apple's silent refresh of the Apple MacBook Pro 17 added a few spec increases that help keep the system at high levels of performance. It gets a slightly faster quad core processor and AMD graphics processor. Everything else remains the same which means that it still has the thinnest profile and lightest weight of 17-inch laptops as well as some of the best battery life.
Single Review, online available, Short, Date: 01/02/2012
Rating: Total score: 80%
Apple MacBook Pro 17-inch (Late 2011)
Source: PC Mag

Last, but certainly not least, the Apple MacBook Pro 17-inch (Late 2011) has been outfitted with several new internal components, namely a faster 2.4GHz quad-core processor (and as yet unnamed member of the Intel Core i7 line), and an AMD Radeon HD 6770M discrete graphics card with 1GB dedicated memory. Other components held over from the previous iteration include a spacious 750GB 5,400rpm spinning hard drive, 4GB of RAM, and an internal battery providing an estimated battery-life of 7-hours.
Single Review, online available, Very Short, Date: 10/31/2011

Fastest card of the 6600M/6700M series with GDDR5 memory, UVD3 and Eyefinity+ support. Is the immediate successor to the HD 5770 with more cores and higher clock rates

2760QM: Fast Quad-core processor clocked at 2.4-3.5 GHz based on the Sandy Bridge architecture with an integrated graphics card and dual-channel DDR3 memory controller. » Further information can be found in our Comparison of Mobile Processsors.

Apple: Apple Inc. is an American multinational corporation which designs and manufactures consumer electronics and software products. Apple software includes the Mac OS X operating system but nowadays Macbooks are also able to run Windows. Apple has at least sporadically been considered the most valuable company in the world since 2011 and has consistently ranked among the Top 10 companies in the world.

In the laptop sector, Apple's market share was 9.3% in 2014 and 10.3% in 2016. The latter corresponds to the 5th place. In the smartphone segment, Apple achieved 15.3% in the first quarter of 2016, which means a market share loss when compared to the 18.3% in same quarter of the previous year.
Nevertheless, Apple ranked second place behind Samsung in both years.

There are tons of reviews on Apple laptops, smartphones and tablets. The ratings are significantly above-average (as of 2016). 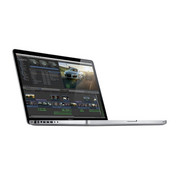 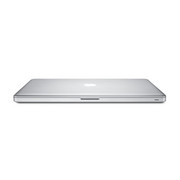 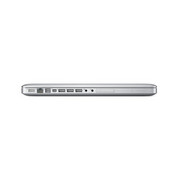 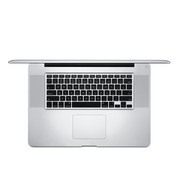