Model: The Switch 10 SW3-013-12U1 by Acer is a convertible laptop, which is made to endure the whole day just on battery power. The highly power efficient Intel Atom Z3735F quad core processor makes this possible. There are 2 GB of RAM and a 32 GB SSD for storage needs.The low storage capacity is compensated with a microSD slot. The LED backlit 10.1 inch screen features a resolution of 1280 x 800 pixels.

The Intel HD graphics integrated in the processor is used as the graphics processor for this convertible PC. As for the operating system, the Switch 10 runs on Windows 8.1 with 32 bit architecture. The battery life is rated at about 7 hours with its 2 cell battery. The color combination on this device is gray and black which gives it a sleek classy look. Weight is kept to a bare minimum at 1.2 kg with the keyboard dock plugged in and devices measures about 22 mm with closed lid. The tablet comes with a micro USB 2.0 port, a micro HDMI port and a microSD slot. Overall, this tablet with detachable dock gives users the best of both worlds. 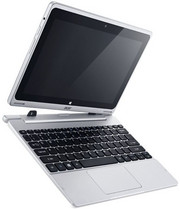 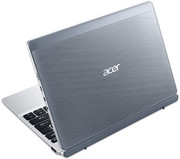 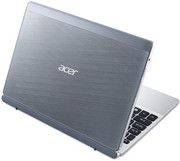