The Asus Zephyrus M15 is a very appealing laptop with few weak points. It's not the most affordable rig, but many more expensive machines have crossed our testing benches lately, putting it firmly in the midrange. It provides a totally fair deal for the cost. You may prefer a metal build, the Max-Q version of the RTX 2070 doesn't stand far above rivals, and there's no webcam. But those are mostly nitpicks.
Single Review, online available, Long, Date: 08/15/2020
Rating: Total score: 80%

i7-10750H: On Comet Lake architecture (4th gen of Skylake) based processor for big and heavy laptops. Integrates six processor cores clocked at 2.6 - 5 GHz (most likely 4.3 GHz with 6 cores) that support HyperThreading. Manufactured in an improved 14nm process (14nm++). » Further information can be found in our Comparison of Mobile Processsors. 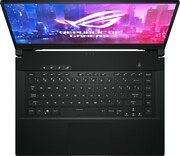 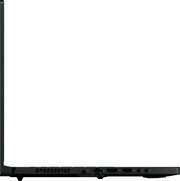