Reviews for the Asus Zenbook UX310UQ-GL011T

6500U: Skylake-based ULV dual-core processor for thin notebooks and ultrabooks. Offers an integrated HD Graphics 520 GPU and is manufactured in 14 nm.» Further information can be found in our Comparison of Mobile Processsors. 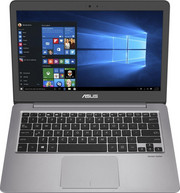