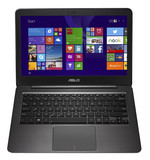 Reviews for the Asus Zenbook UX305FA-ASM1

The Asus Zenbook UX305FA-ASM1 may be extremely thin and feather-light, but an ultraportable laptop can't get by on those aspects alone. Even when stacked up against systems that are similarly slim, the Zenbook UX305FA falls short, due in large part to its Intel Core M processor. That's a difference that outweighs svelte design, so the Apple MacBook Air 13-inch remains our top pick for midrange ultraportables.
Single Review, online available, Very Short, Date: 04/16/2015
Rating: Total score: 70%
Asus Zenbook UX305
Source: Hot Hardware

As we noted early on in this article, we didn’t expect the Asus Zenbook UX305 to be a benchmark-burning powerhouse of a system. It has moderate, but still very respectable specifications. Because it’s not a powerhouse system, it also has a relatively affordable price tag of $700, given its sleek form factor and strong battery life.
Single Review, online available, Long, Date: 02/16/2015

5Y10: Broadwell-based ULV dual-core processor for tablets and 2-in-1 notebooks. Offers an integrated HD Graphics 5300 GPU and is manufactured in 14 nm.» Further information can be found in our Comparison of Mobile Processsors. 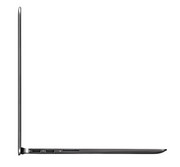 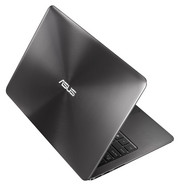