Asus’ Zenbook UX305UA is an initially confusing ultrabook. It looks similar to the UX305CA at a glance, and it appears to share some components, such as the keyboard, touchpad, and hard drive. Even the price has barely changed, rising to $750 – a mere $50 more than the UX305CA. It might seem that Asus has decided to compete with itself. Yet on close examination, it’s clear the UX305UA is a different animal.
Single Review, online available, Long, Date: 05/13/2016
Rating: Total score: 90%
Asus Zenbook UX305UA
Source: Liliputing

The Asus Zenbook UX305UA packs a lot of bang for the buck. It offers about twice the performance of a model with a Core M Broadwell processor, but sells for just $50 more. Interestingly, while this model has a significantly more powerful CPU and better graphics performance, there’s no much difference in battery life. In my tests, both versions lasted for around 6 or 7 hours of typical use.
Single Review, online available, Long, Date: 05/12/2016 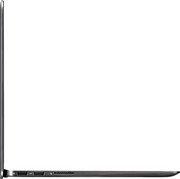 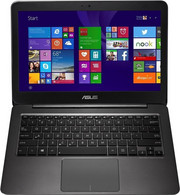