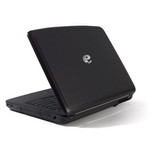 In short, the G525-902G16Mi is very much a mixed bag. While its stunning screen and great usability are easy to like, the limited power and features mean many users may quickly outgrow this machine as their skills develop, so be sure to consider your future needs before buying.
Single Review, online available, Short, Date: 05/25/2010
Rating: Total score: 60%