Acer’s Iconia W700 is a reasonable attempt at a consumer Windows 8 tablet, and it’s keenly priced. It has serious weaknesses, however. On the move, the lack of a docking keyboard makes it far less usable than many rival tablets or hybrid devices, and the absence of active stylus support hinders its appeal as a dedicated tablet. Factor in the modest performance and, although the price may be right, this tablet doesn’t quite make the grade.
Single Review, online available, Short, Date: 02/06/2013
Rating: Total score: 67% price: 83% performance: 50% features: 50% workmanship: 50%

2365M: Power efficient ULV processor clocked at 1.4 GHz without Turbo boost. Offers an integrated HD 3000 clocked at slow 350 / 1000 MHz and a DDR3-1333 memory controller. The difference to the similar Core i3-2367M is just the Small Business Advantage (SBA) support (needed for the Ultrabook logo).» Further information can be found in our Comparison of Mobile Processsors. 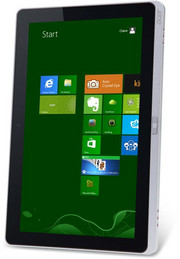 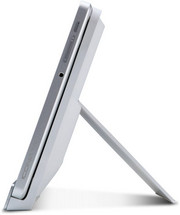