Acer has introduced its next invention, the Extensa 15 EX215-51. This product can be simply viewed as a 15.6-inch office laptop. The system is powered by a Comet Lake processor. This laptop carries a weight of 1.9 kg and a thickness of 2 cm, which makes this Extensa a much lighter and thinner laptop than similar models. As for the design, Acer has relied completely on black plastic, as no high-end materials such as aluminium or magnesium has been used to form the chassis. It is a an all-black plastic composition. While the surfaces on the back of the lid and the top base unit are smooth and matte, the sides and bottom of the device are quite textured. The battery is fixed and not removable, which might be a drawback for some users. However, the single added advantage of such a battery is the longer battery life, which allows for whole-day usage without the need to recharge. This is definitely a rather favorable laptop for those looking for a thinner laptop with minimum recharging.

This product definitely lacks in terms of rigidity, as the base unit yields to pressure on the left and right areas of the keyboard; it is also susceptible to twisting. The lid is not an exception, as it can also be twisted without much force. This leads to slight distortions on the display as well. Some even went on to describe the Acer Extensa 15 EX215-51 as a workhorse with a disappointing display, as some users pay extra attention to and demand an awesome display for a better user experience. The TN panel that has been incorporated within the display is obviously outdated and results in poor contrast ratio and narrow viewing angles. This is a huge drawback and disappointment, as such a poor construction is not reflected in the price range in which the Extensa 15 EX215-51 has been marketed.

Apart from that, the Extensa 15 EX215-51 incorporates RAM which only runs in single-channel mode. This is due to the fact that there is only a single RAM slot with no pre-installed, soldered RAM which prevents the possibility of enabling dual-channel mode. This laptop also does not cater for extra graphic power, since there is no dedicated video card incorporated within it. Some reviews even claim this Extensa model produces noise when completing demanding tasks, which might just intrude on the whole user experience overall. The main drawback with this model has to be the low return for such a demanding price, which could be rather disappointing. However, this Extensa can definitely perform general basic tasks easily without any disruption due to its long-lasting battery, as there is no need to keep recharging.

76.6% Acer Extensa 15 EX215-51 in review: Work horse with a disappointing display | Notebookcheck
Strengths of the Extensa 15 include the Core i5 processor, NVMe SSD, low noise level and the moderate surface temperatures. The system's biggest weakness is the display. At a price of 650 to 700 Euros (~$705 to ~$759), the device is not exactly a bargain, either.

NVIDIA GeForce 940M: Mid-range graphics card of the GeForce 900M series, based on the Maxwell architecture.

5200U: Broadwell-based ULV (ultra low voltage) dual-core processor for notebooks and ultrabooks. Offers an integrated HD Graphics 5500 GPU and is manufactured in 14 nm.

5005U: Broadwell-based ULV (ultra low voltage) dual-core processor for notebooks and ultrabooks. Offers an integrated HD Graphics 5500 GPU and is manufactured in 14 nm.

i5-10210U: Comet Lake based low power quad-core processor (technically identical to Whiskey Lake and still produced in 14nm++). The CPU cores can clock between 1.6 and 4.2 GHz (all 4 cores 3.9 GHz max.) with HyperThreading (8 threads). The integrated memory controller supports DDR4-2666 and using cTDP up/down the performance can be adjusted by the OEM (10 - 25 Watt possible, 15W default). Compared to the faster i5-10510U, the level 3 cache was reduced from 8 to 6 MB.

76.6%: This rating is not convincing. The laptop is evaluated below average, this is not really a recommendation for purchase. 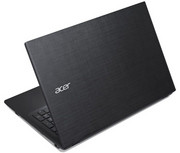 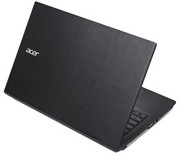