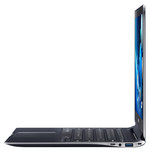 Reviews for the Samsung ATIV 915S3G-K01PL

4412 Quad: Quad Core Cortex-A9 SoC with a ARM Mali-400 MP4 graphics card.» Further information can be found in our Comparison of Mobile Processsors.