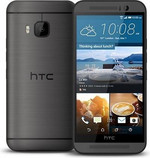 Reviews for the HTC One M9+

Archive.org version
The One M9+, by itself, is a mixed bag. The design is decent, if a bit over-the-top, but the screen's color balance leaves a lot to be desired, just like that of the M9. The chipset here, the MediaTek Helio X10, does a good job with system performance, but isn't quite top of the line. And while Sense 7.0 UI does appear mature and coherent enough, the user experience as a whole isn't as polished or seamless as we'd like it to be. It's a bit rough around the edges. Factor in the mediocre camera and unsatisfying call quality, and there just doesn't seem to be that much in the HTC One M9+ to keep us interested. Come on, HTC, we know you can do better than that!
Single Review, online available, Short, Date: 11/12/2015
Rating: Total score: 60%
80% Plus and minus
Source: Pocket Lint

Archive.org version
The HTC One M9+ is an improvement on the regular One M9 in a number of areas. It runs cooler with barely any difference in the daily experience when it comes to performance. The battery life is similar or better, despite the boosted display, but the lack of Quick Charge 2.0 compatibility is a shame. The display is larger at 5.2-inches, so suitability will come down to personal preference, but its qHD resolution means it's sharper and looks better, which is reason enough to opt for this phone over the M9. Then there is the high quality build and the addition of a fingerprint scanner, plus speakers that are amongst the best out there, with a mature software experience bringing everything together.
Single Review, online available, Short, Date: 09/10/2015
Rating: Total score: 80%
100% HTC One M9+ review
Source: Stuff TV

Archive.org version
The M9+ is the step forward that perhaps the M9 should have been. With a bigger, more pixel-packed screen and a fingerprint scanner it's much more welcome at the next-gen superphone party, and it's dressed just as smartly as before.
Single Review, online available, Short, Date: 07/28/2015
Rating: Total score: 100% performance: 90% display: 100% mobility: 80% workmanship: 100%
86% An improvement over the M9, but with a major drawback.
Source: Android Authority

Archive.org version
The HTC One M9+ is already available in markets like China and India, and has recently become available on Amazon for purchase in the US, with a price tag of around $710, which does fluctuate though. Available color options include gunmetal and silver gold. Keep in mind that, since it is a GSM version, it is compatible only with the AT&T and T-Mobile network in the US.
Single Review, online available, Long, Date: 07/13/2015
Rating: Total score: 86% performance: 79% display: 89% mobility: 85% workmanship: 95%
60% HTC One M9+ Review: Turning Heads and Taking Chances
Source: NDTV Gadgets

Archive.org version
The HTC One M9+ is good at looking good, but that's about where its appeal ends for us. We were hoping for HTC to emerge from its experimental phase with a winner, but that wasn't to be. Unless looks are your top priority, chances are you'd be happier with one of the many available alternatives.
Single Review, online available, Medium, Date: 05/28/2015
Rating: Total score: 60% price: 50% performance: 80% features: 50% display: 80% mobility: 50% workmanship: 70%
HTC One E9+ vs HTC One M9+ comparison: The Ones we were waiting for go head to head
Source: Tech Advisor

Archive.org version
On the specs alone the HTC One M9+ is clearly the better phone in this comparison, and its higher price attests to that. We're drawn to the M9+ because it is the M9 we wanted to see unveiled at MWC, with a Quad HD screen and fingerprint scanner. But as a cheaper alternative, the plastic E9+ is a nice option with a larger screen. Now let's just hope we can get hold of them in the UK.
Comparison, online available, Very Short, Date: 04/29/2015

Archive.org version
Although the HTC One M9+ isn't official for the UK we hope this comparison has been helpful. Key things to note are that the M9+ has a more impressive 5.2in screen with a Quad HD resolution, the Duo Camera setup and a fingerprint scanner.
Comparison, online available, Very Short, Date: 04/16/2015

Model: HTC latest high-end smartphone, the HTC One M9+ is a highly desirable premium designed mobile phone. It all metal body gives the phone a streamlined look with is dual-tone polished edge design. One key feature that stands out from its sibling, the HTC One M9, is the fingerprint sensor on the front of the smartphone. The front facing speakers delivers clear sound thanks to Dolby Surround sound. The rear camera on this HTC is a 20 MP Duo Camera with uFocus. Video recording in 2160p at 30 fps and 1080p at 60fps makes this smartphone a cut above the rest in its class. The UltraPixel 4 MP front camera promises great selfies in a wide array of lighting. The M9+ features MediaTek's premium Helio chipset. The 2.2 GHz 64 bit octa core processor is supported by 3 GB of RAM.

The PowerVR G6200 GPU feeds the 5.2 inch display its vibrant 16 M colors. With a resolution of 1440 x 2560 pixels, the high pixel density is high. Internal storage on this smartphone is 32 GB and it supports a microSD card up to 128 GB. This HTC smartphone runs on the Android OS v5.0.2 Lollipop and features the HTC Sense UI 7.0. The 2840 mAh battery is non removable and ensures a talk time of up to 13 hours on 3G. Finally, the HTC One M9+ comes in three color options: Gunmetal Gray, Silver Gold and Amber Gold.

MT6795: ARM based octa-core SoC (8x Cortex-A53 clocked at up to 2.2 GHz) for smartphones and tablets. Integrates an LTE modem and video en- and decoder for up to 4K and H.265.» Further information can be found in our Comparison of Mobile Processsors.

High Tech Computer Corporation (HTC) is a Taiwanese manufacturer of mobile phones and other electronic products. In 2012, HTC stopped producing tablets under their own name. In 2012-2013, they faced heavy sales declines. Since then, the company is medium-sized in the smartphone sector. There are numerous reviews on HTC Smartphones (as of 2016).

77.2%: This rating is not convincing. The laptop is evaluated below average, this is not really a recommendation for purchase.