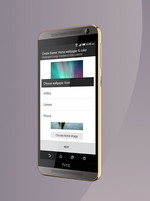 Reviews for the HTC One E9+

Archive.org version
The whole purpose of a secondary flagship with a lower price tag is to attract customers who might not pay the premium price for a flagship. On the contrary, they might be able to loosen their wallets for a lower priced device. Unfortunately for HTC, this year, it’s flagship phone the HTC One M9 Plus has not been able to live up to the hype it created. However, with a lower price tag, a reliable build and a dependable performance, HTC One E9 Plus is a contender.
Single Review, online available, Very Short, Date: 07/02/2015
Rating: Total score: 70%
HTC One E9+ review: Positive charge
Source: GSM Arena

Archive.org version
HTC's densely populated high-end lineup has a different model for everyone, but not one that covers all bases. It could be argued that the company attempted to specifically cater to different users in a bid to grab a wider market share. In the end we get some distribution of features among a myriad of devices. Each model comes with a set of compromises and instead of getting praised for what it does have, the One M9 generation of smartphones ends up being an easy target for criticism.
Single Review, online available, Very Long, Date: 06/26/2015

HTC One E9+ vs HTC One M9+ comparison: The Ones we were waiting for go head to head
Source: Tech Advisor

Archive.org version
On the specs alone the HTC One M9+ is clearly the better phone in this comparison, and its higher price attests to that. We're drawn to the M9+ because it is the M9 we wanted to see unveiled at MWC, with a Quad HD screen and fingerprint scanner. But as a cheaper alternative, the plastic E9+ is a nice option with a larger screen. Now let's just hope we can get hold of them in the UK.
Comparison, online available, Very Short, Date: 04/29/2015

MT6795: ARM based octa-core SoC (8x Cortex-A53 clocked at up to 2.2 GHz) for smartphones and tablets. Integrates an LTE modem and video en- and decoder for up to 4K and H.265.» Further information can be found in our Comparison of Mobile Processsors.

High Tech Computer Corporation (HTC) is a Taiwanese manufacturer of mobile phones and other electronic products. In 2012, HTC stopped producing tablets under their own name. In 2012-2013, they faced heavy sales declines. Since then, the company is medium-sized in the smartphone sector. There are numerous reviews on HTC Smartphones (as of 2016).