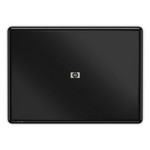 With its large 17-inch display, roomy keyboard, and good-sized hard drive, the HP G70-463cl ($719.99 list) is a true desktop replacement notebook. Performance-wise, it won't break any speed records, but it is more than capable of handling your basic productivity and multimedia tasks, and it offers an HDMI port and draft-n Wi-Fi. Available at Costco, it is a good fit for budget-conscious consumers with limited desk space. Costco's extended warranty and support policy just sweetens the pot. HP's G70-463cl is a very reasonably priced desktop replacement system offering good battery life and a relatively large hard drive, but its performance is merely average.