And there's the rub: If the Acer Aspire S7-191-6640 had been a few millimeters thicker with a larger capacity battery and the same 2.63 pound weight, it might have given serious competition to the Editors' Choice Asus Zenbook Prime Touch UX31A-BHI5T. The Asus UX31A-BHI5T has a larger screen and includes a mini-VGA-to-VGA adapter, so it's better suited to corridor dwellers than road warriors, but otherwise the systems are similar in specs, capabilities, and pricing. The S7-191-6640 is just a touch better for the road warrior, but it's not enough for a clear-cut victory.
Comparison, online available, Short, Date: 04/26/2013
Rating: Total score: 80%
ACER Aspire S7 11.6 inch Touch Enabled Ultrabook Review
Source: Legit Reviews

One of the things that really gets me going about the ACER S7-191-6640 is the price and value offered. At only $999.99 right now you're getting a great piece of hardware. The top shell of the S7-191 is magnesium, inside there is an Intel i5-3317U processor, 4Gb of Ram, and 128Gb of storage in RAID 0! You're getting a lot of bang for your buck with just that. Let's look at the bundle and the value it adds. The ACER S7-191-6640 includes a Bluetooth mouse, RJ45 to USB adapter, mini-HDMI to VGA adapter, and a carrying case! The bundle alone could easily set you back $100 or more, it's just an added bonus. All the previously mentioned features aside, the best feature is by far the touch screen on the ACER S7! My previous experiences with Windows 8 weren't great. Once I was able to play with the ACER S7-191-6640 with a touch screen it's a totally different experience!
Single Review, online available, Very Long, Date: 02/28/2013 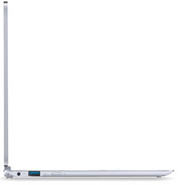 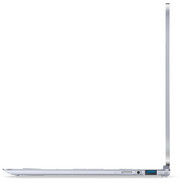