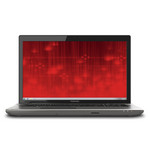 Reviews for the Toshiba Satellite P875-300

Multiple models based on various chips of the Fermi generation. Specifically, the GT 630M exists in GF108/GF106/GF116 variants, but are all essentially renamed GeForce GT 540M or 555M GPUs. A 28nm GF117 variant exists as well with reduced power consumption.