Reviews for the Toshiba Satellite A350-12J

If you like your laptops nice and shiny, Toshiba's new Satellite A350-12J will go down a treat. Not only do you get a glossy black chassis with a lid that's surprisingly smudge-resistant, but the keyboard is also coated in the stuff. It's not something that will appeal to all tastes, and we found it felt very odd to type on. If you can get used to its shiny and somewhat slippery keyboard, the Satellite A350-12J is a solid notebook that performs reasonably well as long as you're not into gaming. The problem is that there's nothing that really makes it stand out from the crowd, and at this price we had hoped to see some form of discrete graphics.
Single Review, online available, Long, Date: 08/04/2009
Rating: Total score: 70%
Toshiba - Satellite A350 review
Source: IT Reviews

As far as first impressions go, the Satellite A350 from Toshiba certainly gets the thumbs up. The all-black chassis looks smart and it feels like a solidly built piece of kit. At just under £600, the Satellite A350-12J represents good value, but we do have our reservations. The glossy keyboard, for example, appears to be a case of style over substance, while the lack of Bluetooth and Gigabit LAN are two surprising omissions in a £600 laptop. And considering its movie-watching credentials, it's a shame Toshiba couldn't find room for a remote control.
Single Review, online available, Short, Date: 07/21/2009
Rating: price: 70%
67% Toshiba A350-12J
Source: PC Pro

Choosing a laptop to replace an aged desktop PC used to be a straightforward choice of deciding whether you wanted a mid-sized portable with a 15.4in screen or a hulking behemoth with a 17in screen. Now, however, with manufacturers gradually making the move from the traditional 16:10 displays to the 16:9 ratio, you can add 15.6in, 16in and 18.4in to the list. The Toshiba Satellite A350 sits slap bang in the middle of this bunch. A gleaming physique and a glossy 16in display, but elsewhere this Toshiba fails to excite

68.5%: This rating is bad. Most notebooks are better rated. This is not a recommendation for purchase. 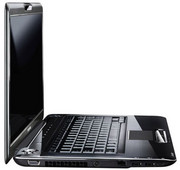 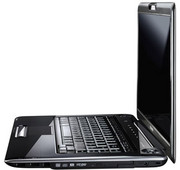 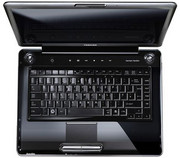