Reviews for the Gateway NV5807u

Gateway's NV5807u has an attractive display, above-average speakers, and enough power under the hood to serve as a general-use PC for quite some time. The trade-off you make is in portability: 5.8 pounds of computer is an awful lot to be carting around between classes or around the city, and a 15.6-inch display looks great on a desk but eats up most of an airplane tray table (not to mention your battery life). If you're a student who would rather use a computer to watch movies in your dorm than take notes in class, or if you're a professional who needs the screen space and doesn't mind the weight, then the NV5807u is a solid buy for $599 compared with similarly priced models from other manufacturers, such as the Acer Aspire Timeline, the Lenovo Ideapad Y450, or even Lenovo's business-centric G530, which sells for even less ($499).
Single Review, online available, Long, Date: 08/20/2009
Rating: Total score: 73% performance: 65% features: 75%
76% Gateway NV5807u
Source: CNet

These days, perfectly usable laptops can be had for a song, particularly if the laptop being shopped for is a modest midrange model. In what's becoming a trend, Gateway's NV5897u debuts as yet another midsize, decently spec'd Core 2 Duo laptop in a frame that's not too bulky, but certainly won't be confused for a Netbook anytime soon. It may not inspire, but for less than $600, the Gateway NV5807u is a great value as an all-around 15-inch laptop.
Single Review, online available, Long, Date: 08/04/2009
Rating: Total score: 76% performance: 70% features: 80% mobility: 60%
80% Gateway NV5807u
Source: PC Mag

Since being acquired by Acer, Gateway's main objective has been to undersell every other big name that distributes cheap laptops. And to its credit, the company has succeeded in putting out some of the most affordable laptops, even if most of the designs look eerily similar. The Gateway NV5807u ($600 street) is cheaper than comparable offerings from Dell, HP, and Toshiba. Unlike its competitors, though, there is no room for customization: The 15.6-inch widescreen, Intel processor, and 4GB of memory (among other common parts in budget laptops) are set in stone for this model.The Gateway NV5807u is the cheapest and fastest among its 15-inch competitors.
Single Review, online available, Medium, Date: 07/30/2009
Rating: Total score: 80%
80% Gateway NV Series (NV5807u)
Source: Laptop Mag

This budget 15.6-inch notebook looks great, performs well, and comes with convenient backup software. Gateway’s $599 NV5807u is the best budget mainstream notebook money can buy, thanks to its strong performance, slick design, bright display, and built-in backup software. The NV’s single, stiff touch button might be a turnoff for some people, and there are cheaper 15.6-inch notebooks, such as the $499 Dell Inspiron 15. But overall, the NV presents the fewest compromises in a system this inexpensive.
Single Review, online available, Long, Date: 07/15/2009
Rating: Total score: 80%

Gateway: Gateway, Incorporated. is a computer hardware company based in California which develops, manufactures, supports, and markets a wide range of personal computers, computer monitors, servers, and computer accessories. AOL acquired Gateway.net, the online component of Gateway  Inc., in 1999. 2007, Acer completed its acquisition of Gateway for approximately US$710 million. The market share outside of the US market is rather low.

In 2014 to 2016, Gateway did no longer belong to the Top 10 laptop manufacturers/distributors. Newer devices from Gateway are hardly reviewed by specialist media any longer (as of 2016).

77.25%: This rating is not convincing. The laptop is evaluated below average, this is not really a recommendation for purchase. 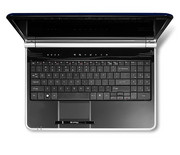