Reviews for the Toshiba Qosmio G50-127

Has Toshiba struck a balance between laptop performance and budget? The Toshiba Qosimo G50-127 is a large media centre that offers good value for money, although its rather garish design and sheer size might put some buyers off. The Qosmio G50-127 is a good option for those after a powerful laptop that won't break the bank, but if you're after true performance and can afford the price, we'd recommend looking elsewhere.

Toshiba’s Qosmio range has long been at the forefront when it comes to high-end multimedia laptops, but has recently lapsed with the death of HD DVD and widespread adoption of Sony’s Blu-ray technology. The Qosmio G50-127 is a good machine, but it doesn’t take the Qosmio line any further and no longer sets the pace when it comes to technology. That said, it’s still a lot of machine for the money, and if you want a laptop to replace your desktop PC then few offer better multi-tasking capabilities or comfort.
Single Review, online available, Medium, Date: 07/29/2009
Rating: Total score: 70% 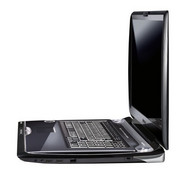 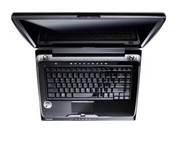