The EasyNote TS13-HR-035 is a great and cheap way of enjoying and editing your media on the move. Performance is strong and the display is satisfyingly vibrant, while usability and a range of useful features are additional highlights.
Single Review, online available, Very Short, Date: 04/19/2011
Rating: Total score: 80% 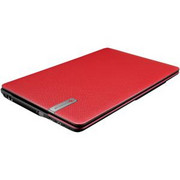