We gave the HP Folio 13 an Editors' Choice award when we first saw it in January, and the Folio 13-1020us doesn't change our high opinion of the ultrabook. We could wish for a mite brighter display and four or five ounces less weight (as if we could get those things without sacrificing battery life), but as is it's a combination of value, performance, and portability that exemplifies what ultrabooks are all about.
Single Review, online available, Very Short, Date: 04/18/2012
Rating: Total score: 80%
80% HP Folio 13 Ultrabook Review
Source: Techspot

Assuming the display and bloatware don't scare you off (and they probably shouldn't, honestly), the Folio 13 ought to be toward the top of your list if you're shopping for an ultrabook. The system's nearly fingerprint-proof finish, professional aesthetics, comfy backlit keyboard, lengthy battery life and snappy performance make it an easy sell at $900. Here's hoping the coming wave of Ivy Bridge ultrabooks are equally solid.
Single Review, online available, Medium, Date: 04/11/2012
Rating: Total score: 80%
60% HP Folio 13-1020us 13.3-inch Laptop PC
Source: Comp Reviews

HP is aggressively pricing its first ultrabook at just $900 for the Folio 13 with some impressive features but it is hampered by a few major issues. Performance from the system is very good and the battery life is currently the best in the ultrabook segment. The extra size does give it extra peripheral ports that most of the competition provide.
Single Review, online available, Short, Date: 03/02/2012
Rating: Total score: 60% 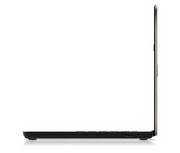