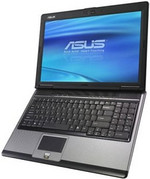 Average of 1 scores (from 2 reviews)

The ASUS X55C remains one of the better priced laptops on the market and they have tried to update a few of the features but a number of the issues that plagued the design still remain. The problem is that most of the competition has either caught up or surpassed ASUS in terms of battery life, peripheral ports or storage.
Single Review, online available, Short, Date: 04/03/2013
Rating: Total score: 60% 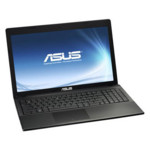 Dual-core processor based on the Sandy Bridge architecture with an integrated graphics card and dual-channel DDR3 memory controller. The CPU is clocked at 2.4 GHz and features the Turbo Boost 2.0 only for the graphics card.

Dual Core low power processor with an integrated graphics cards. Due to the low clock speed, the CPU should be only as fast as a single core Atom CPU, but offers a faster integrated GPU.

71.25%: This rating is bad. Most notebooks are better rated. This is not a recommendation for purchase.