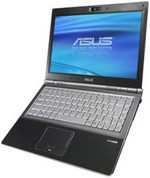 Reviews for the Asus U3S

NVIDIA GeForce 8400M G: The 8400M G is a pared-down 8400M GS with only half as much Stream Processors and a smaller memory bus. Therefore, the performance is much lower and only as fast as the old 7400 card. Only MPEG-2 acceleration.