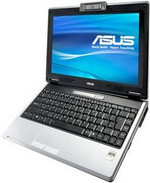 Reviews for the Asus F9J