Reviews for the Acer Iconia A1-713

In the 7 inch budget tablet world, the Acer Iconia Tab 7 does nothing out of the ordinary or different than its competition. It just settles for identical specs of what other manufacturers have to offer and also suffers from many shortcomings. Acer could have tried for a slimmer build or matte back panel, but they haven’t. Acer has stuck to the orthodox and therefore missed a good opportunity.
Single Review, online available, Short, Date: 09/12/2014
Rating: Total score: 61%
Acer Iconia A1-713 Review: Too Little, Too Late
Source: NDTV Gadgets

Priced at Rs. 12,999, the Acer A1-713 is characterised by sluggish performance, a terrible screen and unexciting software. Those wanting a great tablet experience are bound to be disappointed. The only redeeming factor is its solid voice-calling capability. All things considered, we think the Asus Fonepad 7 Dual SIM (Review | Pictures), Flipkart Digiflip Pro XT712 (Review | Pictures) and HP Slate 7 are much better options. More importantly, they are cheaper. We might have been okay with this tablet if it had been priced below Rs. 10,000.
Single Review, online available, Short, Date: 08/22/2014

61%: Such a bad rating is rare. There exist hardly any notebooks, which are rated worse. 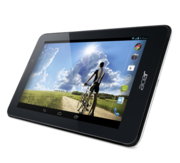 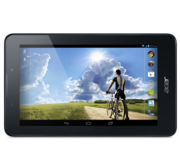 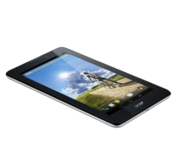 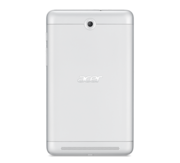 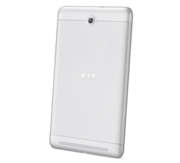