While the operating system for many is well ahead of its time, the Acer AC700 is a step into the past. When there's so much on offer elsewhere, from netbooks to tablets, you don't have to spend any more to buy a better device.
Single Review, online available, Very Short, Date: 04/23/2012
Rating: Total score: 40%
60% Acer's AC700 Chromebook: Better than a Windows Netbook?
Source: Bright Hub

If it were running any operating system besides Chrome OS, this laptop would be excellent. It's thin, lightweight, and features a large keyboard. While it may be boring to look at, its price of $349.99 would negate aesthetic concerns for many users. Unfortunately, the operating system handicaps this laptop.
Single Review, online available, Short, Date: 08/19/2011
Rating: Total score: 60%
AC700-1099 Chromebook Review: Cut to the Bone
Source: PC Perspective

Obviously, I’m not able to provide the Chromebook with any recommendation at this time. I do have hope, however, if only because Google tends to refine its products through constant revision and reiteration. Hopefully Google Chrome OS will see its functionality expanded and refined over the course of the next year. Until then, you shouldn't pay to become part of this experiment.
Single Review, online available, Long, Date: 08/15/2011

I do think the Chrome OS approach of doing more and more online and in the browser is the future we’ll move towards, for some that may already be the case, but for many it’s still too early. Plus, with all the security scares we’ve had of late in which companies have had servers hacked and data stolen, it might scare some people to move literally everything they do to the cloud and store all of their information online. But if you’re just interested in the Acer AC700 as a cheap companion device to your larger sized computers, I think it’s a great buy and also just plain neat for those that are interested in new technologies and approaches to computing.
Single Review, online available, Long, Date: 07/13/2011 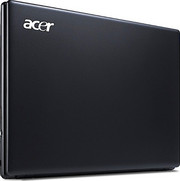