Acer's updated Aspire S3 ultrabook receives a number of needed improvements that really help it boost its performance to equal to or better than many other models at its $1000 price point. This is primarily achieve through its Core i7 processor and switch to a solid state drive away from a hybird hard drive. The addition of USB 3.0 ports also corrects a major flaw with the original design.
Single Review, online available, Short, Date: 09/03/2012
Rating: Total score: 60% 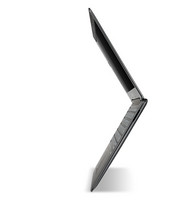