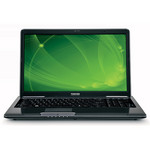 Reviews for the Toshiba Satellite L675D-S7022

The Satellite L675D-S7022 makes a very good argument for the case that there's such a thing as too much cost-cutting. We can forgive the notebook its moderate performance and disappointing battery life, but Toshiba's choice of sub-1080p display on a machine outfitted with a Blu-ray drive seems ridiculous. That the Satellite L675D-S7022 is obviously capable of smooth HD playback, evidenced by its HDMI output, just rubs salt into the wound. Without those extra pixels the Toshiba's high-def credentials are seriously undermined; if you only ever intend to watch your content on a separate display then the Satellite L675D-S7022 might fit the bill, but we'd rather spend a little extra and get the 1080p experience in an all-in-one package.
Single Review, online available, Short, Date: 07/23/2010
Rating: performance: 60% display: 40% mobility: 50%
60% Toshiba Satellite L675D-S7022 17.3-inch Desktop Replacement Laptop PC
Source: Comp Reviews

Toshiba's Satellite L657D-S7022 is a very affordable desktop replacement laptop that offers some good general performance with its AMD Phenom II X3 processor. The inclusion of the Blu-ray drive also makes for a low cost HD video platform. Those hoping to use it for gaming will be disappointed by the integrated graphics though. Still, if you need a low cost mobile platform that won't be used with 3D graphics, the $800 price tag is very attractive.
Single Review, online available, Short, Date: 07/21/2010
Rating: Total score: 60%

P820: Mobile 3-core CPU based on the desktop Athlon II X3. Due to the missing level 3 cache and the slow clock speed not really well suited for gamers.» Further information can be found in our Comparison of Mobile Processsors.