Reviews for the Toshiba Satellite L550-113

Laptops are going two ways. Super-small or super-size. And there’s absolutely no doubt into which category the Toshiba Satellite L555 falls into. With a monster 17.3-inch screen, it’s desperate for you to move on your desktop and stick it in its place. So is it worth the switch? Read our Toshiba Satellite L555 review now and find out. A decent desktop replacement, but some niggles leave it short of its rivals
Single Review, online available, Medium, Date: 01/18/2010
Rating: Total score: 60%
Toshiba Satellite L550-113 review
Source: CNet

The L550-113 isn't the most expensive model in Toshiba's new range of Satellite desktop-replacement laptops, nor does it have the highest specification. It is, however, the largest and its 17.3-inch screen also offers the highest resolution in the line-up. Its design won't turn many heads, but the Toshiba Satellite L550-113 has a well-rounded specification and a very quick processor. Its one relative weak spot is 3D gaming, but you'll be hard-pressed to find better performance at this size and price.
Single Review, online available, Medium, Date: 10/09/2009
Rating: performance: 80% display: 80% 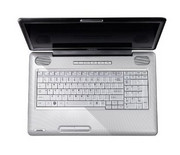 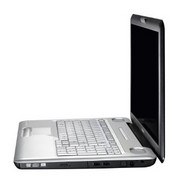