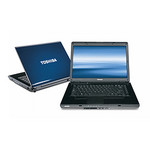 Reviews for the Toshiba Satellite L305-S5955

It's hard to hate a laptop that only costs $350. Indeed, decent televisions weren't even this cheap half a decade ago. The first question that pops into one's head when confronted with such an absurdly low number is, "What am I getting for that?" The second question is, "Can I get away with owning one?" While it's hard to argue with a $350 laptop, the underpowered L305-S5955 is, basically, a Netbook in a larger case, with slightly better video playback
Features 60
Single Review, online available, Long, Date: 07/08/2009
Rating: Total score: 57% performance: 40%

57%: Such a bad rating is rare. There exist hardly any notebooks, which are rated worse.