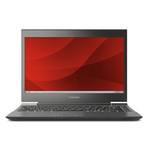 The Toshiba Portege Z930 is priced at Rs. 96,000 here in India. It’s not necessarily the sturdiest of Ultrabooks, but it is one of the lighest. So if you’re travelling a lot and need something light and reasonably powerful, then this has to be it. Of course, you sacrifice some of the other things like a sturdy frame and a bit of ergonomics and aesthetics.
Single Review, online available, Short, Date: 11/14/2012
Rating: Total score: 50%
Hands on: Toshiba Z930 Ultrabook review
Source: Techradar

Toshiba has updated its flagship Ultrabook - the Z830 has become the Z930. Featuring the latest Ivy Bridge Intel Core processors, we hope it means that the £800 Z830 gets even cheaper as a result.
Single Review, online available, Very Short, Date: 07/03/2012

The Toshiba Portege Z930 sits on the Japanese company's business line of notebooks, offering an Ultrabook for those hard at work. As Ultrabooks often are, the Protege Z930 takes the skinny line, rather than the slightly more meaty look of the consumer Toshiba Satellite U840 announced at the same time as this model.
Single Review, online available, Very Short, Date: 06/05/2012