Reviews for the Sony Vaio SV-E1712ACXB

Sony's SVE1712ACXB certainly offers a few differences in the under $1000 priced 17-inch laptops thanks to its 1080p capable display and good performance. The build quality and keyboard are also some of the better in this price segment. There are lots of tradeoffs for this display though including short battery life, fewer USB ports and a smaller trackpad that has some big accuracy problems.
Single Review, online available, Short, Date: 02/06/2013
Rating: Total score: 60% 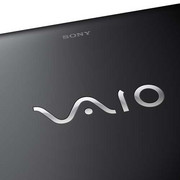