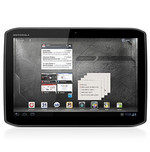 Reviews for the Motorola Droid Xyboard 10.1"

The Motorola Xyboard isn't a bad tablet. It's good looking, and it works. But it doesn't stand out in a crowd of similar Android tablets, all with the same Honeycomb-based problems, and it's more expensive than the others.
Single Review, online available, Short, Date: 12/16/2011
Rating: Total score: 60%
Motorola Droid Xyboard 10.1 & Xyboard 8.2 Tablets Review
Source: Techspot

People that read my reviews frequently might have noticed about my preference for smaller tablets over larger ones. I simply find a 10.1-inch tablet unwieldy, even if it is relatively light. As such, I greatly prefer the cheaper 8.2-inch Droid Xyboard over the 10.1-inch model. Both are very nice, or at least as much so as Android Honeycomb allows, and they offer blazing LTE data speeds. Price and required monthly data contracts will be their undoing though. In a world where Apple's iPad 2 is available for the same price as the Xyboard 10.1 and Amazon is offering a solid 7-inch Android tablet for less than half the cost of the 8.2, Motorola will be fighting uphill battles. Even if they are pretty nice machines.
Comparison, online available, Medium, Date: 12/16/2011

When the Motorola Xoom was launched with Honeycomb, I was slightly disappointed by its hardware design and the below average quality of the display. Consequently, I was happily surprised when I saw the Motorola Droid Xyboard 10.1 for the first time, the chassis design is sleek and elegant and the IPS display offers high contrast and great color accuracy.
Single Review, online available, Medium, Date: 12/16/2011

The question that’ll be popping up on most XOOM owners minds at one point or another now is this: should I upgrade? With a tablet that’s got such a similar processor and a display that’s not especially improved over the original XOOM, it’s essentially only the chassis and the fact that you can no longer use a microSD card that should sway you in one direction or the other – not to mention the money you’ll have to drop to move from one model to the next. If you’ve already got a tablet, I’ll say, this probably isn’t going to seem like much of an improvement over the model you’ve already got.
Single Review, online available, Medium, Date: 12/14/2011 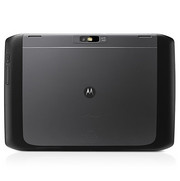 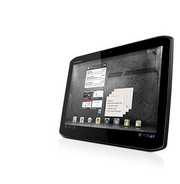 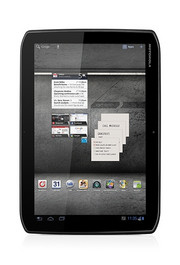 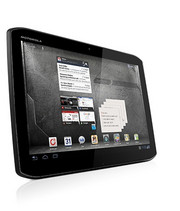