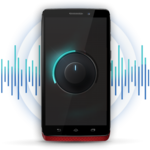 Reviews for the Motorola Droid Ultra

The Droid ULTRA offers a nice experience in a mid-range Android smartphone as it has a nice 5-inch 1280 x 720 display and it surprisingly is able to perform pretty well for a device with only a dual-core processor. But when you compare the ULTRA with some high-end phones like the LG G2 and Samsung Galaxy S4, then you’ll see that it just doesn’t offer as great as an experience as those devices. The Droid ULTRA performs nearly just as well as the Droid MAXX, although the those who pick up the MAXX will certainly benefit from its 3500mAh battery. As far as a standalone Android phone, we can’t help but think you could spend your $99.99 on the LG G2, which will provide a much better experience.
Single Review, online available, Medium, Date: 01/31/2014
Rating: Total score: 60%
Ultra Thin LTE Smartphone
Source: Hot Hardware

The Droid Ultra is a solid mid-range device with a number of attractive features, including its ultra-thin design. Battery life was very good and performance was on-par with what we’d expect from a mid-range phone of today. Although the phone initially launched with a $200 price tag, the price is now down to $99 on contract making it very reasonable for what you get.
Single Review, online available, Long, Date: 12/06/2013

This phone is so mediocre that I have to wonder whether Motorola purposefully created a bland smartphone to make the choice between this and the Moto X that much easier. With both phones retailing for $200 with a new two-year contract, I see no reason why you’d choose this one. If you go with the Moto X, what trade-offs you make in screen size and thinness you get back with much less carrier bloat and a design that’s more comfortable to use. Skip the Droid Ultra and pick up the Motorola phone you’ll enjoy using more.
Single Review, online available, Medium, Date: 08/24/2013
Rating: Total score: 60%
70% Motorola Droid Ultra
Source: Laptop Mag

The Motorola Droid Ultra is a new breed of Droid because it focuses less on speeds and feeds and more on the user experience. For the most part, that's a good thing. Being able to voice control your phone without touching it doesn't just feel cutting edge, it saves you time.
Single Review, online available, Long, Date: 08/21/2013
Rating: Total score: 70%
DROID Ultra Review
Source: Slashgear

The DROID Ultra is every bit as much a member of the dawning Context Ecosystem as Motorola’s Moto X. It and its buddies in the 2013 DROID family for Verizon won’t be hyped the same way Moto X is being hyped, nor will it be the center of attention as Google will have Moto X delivered. As a smartphone that’s well and away worth more than the sum of its specifications, DROID Ultra is every bit the competitor for top-tier smartphone it was meant to be, as delivered by what’s now very obviously (title and all) Motorola, a Google company.
Single Review, online available, Long, Date: 08/20/2013

Motorola has recently released a slew of devices, all featuring different price points and selling points. The Droid Ultra is designed to lie somewhere between the extremes of the other devices. It is a good looking phone, with a slim, tapered design. Wrapped in Kevlar, it feels good to hold and ensures durability. Unfortunately the surface texture is extremely prone to collecting dirt. Its design becomes clever and space saving when the volume rocker flips out to reveal the NanoSim Card slot. The NanoSim Card slot may make this device less than ideal for those who like to switch out sim cards over a few devices. Not many phones sport this yet. The 5 inch screen is a 1280x720 resolution AMOLED with lovely saturated colors, but other phones at this price point beat it out easily.

With its 1.7GHz dual-core Snapdragon S4 Pro CPU and 2 GB of RAM, this device is like most of Motorola’s offerings – a little out of date compared to the competition. However, the strength of the Motorola line is currently in its minimal software tweaks to Android. Active Notifications will make you addicted and wishing it was standard in all Android phones. ClearPixel is Motorola’s pride and joy, promising to utilize available light efficiently to take better pictures in low light. It works well, but only for still shots. Try to take an image of something in motion, and disappointment abounds. At the end of the day, this phone is just too mediocre for the price – embedded in between better offerings from Motorola themselves.

63.33%: Such a bad rating is rare. There exist hardly any notebooks, which are rated worse. 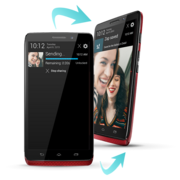 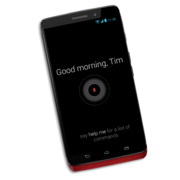 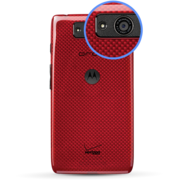