The Lenovo Yoga 910 series is part of the highest range of convertibles from Lenovo. It rivals premium models from other manufacturers, such as the HP Spectre 13 x360, the Asus Zenbook Flip S UX370UA, or the Dell XPS 13 2-in-1. The market for convertible laptops is growing at a steady pace as more and more users are replacing their old computer with a more modern and versatile device that can be transformed into a tablet or laptop. If a user needs a compact, lightweight, and convertible laptop to accompany them, the Lenovo Yoga 910-13IKB will be the best choice. In addition to benefiting from 4 modes of use, it guarantees a high performance thanks to its Intel Core i7 processor and a high resolution on the amazing integrated Full-HD 13.9-inch panel. The premium design is reflected in a thickness of only 14.3 millimeters and a weight of 1.38 kilograms, as well as in the use of aluminum in the construction of the housing. Thanks to its dimensions of 32.3 x 22.4 cm and ultra-light weight of 1.4 kg, users can comfortably carry it in their backpack wherever they go. In addition to offering a pleasant typing experience, the keyboard’s backlight has 2 levels of brightness to make work in low-light environments easier.

This version of the Lenovo Yoga 910-13IKB makes use of the Intel Core i7-7500U, a high-end model of Intel’s Kaby Lake low power (TDP of 15 W). This processor consists of 2 cores and 4 logical threads (HyperThreading), has 4 MB of cache memory, and offers a frequency that ranges between 2.7 GHz and 3.5 GHz in a single core, thanks to the turbo technology Intel Boost. The reduced thickness requires the integrated Intel HD Graphics 620, which is the current entry-level graphics processing unit that will allow users to play only with medium or low details on less resource-demanding games. The fluidity of the system is achieved thanks to its M12-PCIe SSD with 512GB that offers higher transfer rates than SATA SSDs. On the motherboard, there are 8 GB of DDR4 memory at 2133 MHz. As for the operating system, Windows 10 Home 64-bit is installed. Connectivity is limited by the reduced thickness of the case. Users dispose of a USB-3.0 port, a USB-2.0 Type-C as well as USB-3.0 Type-A port, and a Wireless Wifi AC Dual-Band chip with Bluetooth 4.1. The webcam is positioned on the lower part of the screen, an unusual position that is motivated by the fine frame. To improve the security of the device, there is also a fingerprint reader. 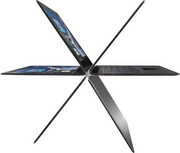 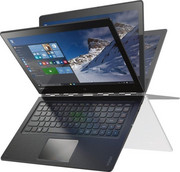 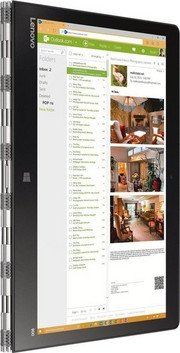