Reviews for the HP Pavilion dv7-6c80us

HP's updated Pavilion dv7-6c80us has both good and bad aspects compared to the previous models it replaces. It gets a slight speed bump of its quad core Core i7 processor and the memory moves to 8GB. This helps its general overall performance a bit but is only noticeable in demanding applications.
Single Review, online available, Short, Date: 01/09/2012
Rating: Total score: 60% 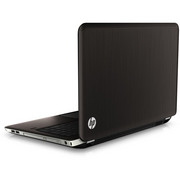