Reviews for the Asus X82Q

The Asus X82Q offers usability, but its lack of key features makes it poor value for money. The Asus X82Q is a smart, usable laptop built primarily for the business market. While not bursting with features, it gets the basics right, but compared to other laptops at this price point, it's expensive for what's on offer. While the Asus X82Q delivers as a business machine, it is overpriced, especially when considering its limited features. For this money we expect more from a laptop, both in terms of features and performance.
Single Review, online available, Medium, Date: 05/20/2009
Rating: Total score: 70% 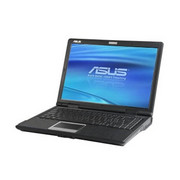