N550: Dual core Atom with a TDP of only 8.5 Watt. Because of the slow clock speed of 1.5 GHz it may be sometimes even slower than a N465 Atom CPU.» Further information can be found in our Comparison of Mobile Processsors. 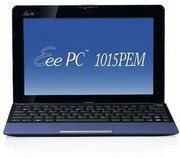