K1: System on a Chip (SoC) for smartphones and tablets. Integrates a 4+1 Cortex-A15 CPU as well as a Kepler-based GPU with 192 CUDA cores.» Further information can be found in our Comparison of Mobile Processsors. 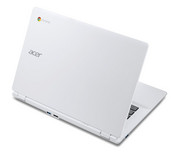