The predilection for powerful, but slinky laptops with bargain bucket price tags is all but killing off the netbook as we know it. The latest one we’ve laid our mitts on is the Acer Aspire 1410. A dinky little number, but with grunt to handle more demanding apps, it’s going up against the likes of Samsung X120 and Toshiba Satellite T110. So how does it stand up? Read our Acer Aspire 1410 review now and find out. A decent enough netbook alternative, but battery really does let the whole thing down.
Single Review, online available, Medium, Date: 01/21/2010
Rating: Total score: 60%

743: Ultra Low Voltage (ULV) processor for small and light subnotebooks. Does not support Speedstep (more power consumption in idle mode), 64 Bit, and Virtualization (VT-x).» Further information can be found in our Comparison of Mobile Processsors.

62.5%: Such a bad rating is rare. There exist hardly any notebooks, which are rated worse. 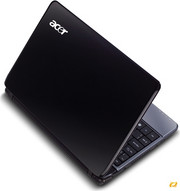 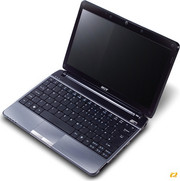 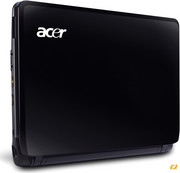 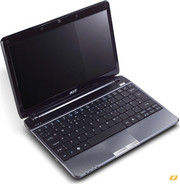