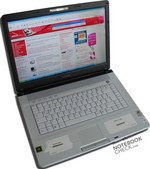 Reviews for the Sony Vaio VGN-FE21M