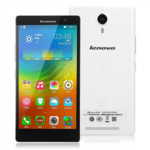 Reviews for the Lenovo K80M