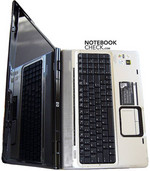 Reviews for the HP Pavilion dv9033cl