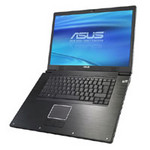 Reviews for the Asus W2W

ATI Mobility Radeon HD 2600: This is a DirectX 10 graphic card from ATI and direct competitor to the NVIDIA GeForce 8600M GS graphic card for laptops and performs in games much better than the Nvidia card.