The Asus N550JV is a high-performance midrange laptop, blighted by an abominable touchscreen display and tortoise hard disk. If you care about sound quality, the B&O-branded sound system is not a reason to seek out this laptop. But the N550JV plays Windows games at a good lick, albeit at a low resolution by modern standards.
Single Review, online available, Very Short, Date: 02/12/2015
Rating: Total score: 70% price: 70% performance: 80% features: 80% workmanship: 70%
90% ASUS N550JV Laptop review
Source: Trusted Reviews

The ASUS N550JV is a really nice all round performer. The other two recent high specification desktop replacement laptops we’ve looked at - the Toshiba Satellite P50t-A-10U and HP Envy Touchsmart 15 - have had their own issues to hold back a full recommendation, the N550JV rarely puts a foot wrong, only really struggling with a slightly fussy touchpad. True, it has half the RAM of the other two, but we always thought 16GB was overkill on those machines, and the performance is pretty similar anyway according to PCMark and Geekbench 3, and in gaming the N550JV steals the show with a better graphics chip and performance not too far removed from the more expensive Alienware 14. It also manages to pack in a Blu Ray drive, which neither of the others do for the same price. It’s an easy recommendation, given each retails for the same amount - though of course there are bargains to be had below RRP. The ASUS N550JV is a good all round desktop replacement laptop which comes with solid games performance and premium design and build quality.
Single Review, online available, Long, Date: 11/08/2013
Rating: Total score: 90% price: 80% performance: 90% features: 80% mobility: 70% workmanship: 90% emissions: 90%
83% Asus N550JV review
Source: PC Pro

We had high hopes for the N550JV, and it’s true to say there are very few areas for improvement. In an ideal world we’d dump the touchscreen in favour of a little less weight and a lower price, but this is a minor nit-pick. Asus has struck a superb balance between all-round power, ergonomics and features, at a price that isn’t too steep. A well-deserved place on the A List awaits.
Single Review, online available, Short, Date: 10/14/2013
Rating: Total score: 83% price: 83% performance: 83% features: 83% workmanship: 83%
Asus NV550JV 15.6in full HD notebook - the one we didn't have to send back
Source: Reg Hardware

Yet for Asus, the cost of having a touch of B&O looks like it could be off-putting, especially as the benefit only really comes into its own with the SonicMaster sub-woofer attached. I'm sure other manufacturers could source USB sub-woofers for a mere £35 extra if it was that important, and USB is much more elegant than the mini-minijack on the Asus. If Asus really wants to impress, it should be working with B&O to deliver a decent bass response from internal speakers. And if that's too hard, then it might as well give up on this partnership premium and use the money saved to compete on price.
Single Review, online available, Long, Date: 09/26/2013

NVIDIA GeForce GT 750M: Upper mid-range graphics card of the GeForce GT 700M series. Based on the Kepler architecture and manufactured by TSMC in a 28nm process. 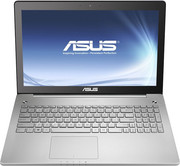