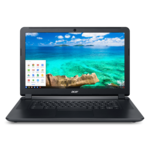 The Acer Chromebook 15 C910 isn't for everybody. In an era when computer manufacturers are racing to build laptops that are lighter and thinner, the C910 is a throwback to a simpler time, back when you expected your mobile computers to be shaped like bricks.
Single Review, online available, Short, Date: 05/15/2015
Rating: Total score: 90%

Model: As the name implies the Acer Chromebook 15 C910-54 M 1 runs on Chrome OS, maintains a sleek form factor and is easy on the wallet. The slim profile is clean and comes rounded at the corners while the lid is slightly textured to give the Chromebook a modern look. There is a tile-style keyboard and a large touchpad for typing and navigation. The entire device comes in black and contains a 15.6 inch Full HD Active Matrix TFT Colour LCD with a resolution of 1920 x 1080. Images are sharp with vivid colors.

The 4.85 lb (2.2 kg) Acer Chromebook 15 C910-54M1 comes with an Intel Core i5-5200U dual core processor clocked at 2.20 GHz, 4 GB DDR3L SDRAM, an Intel HD 5500 GPU and a 32 GB SSD. Users can definitely enjoy the entertainment and productivity possibility brought by this Chromebook especially with a good Internet connection. Other features on the device are a webcam, a card reader, an HDMI out, a USB 3.0 port, a USB 2.0 port and stereo speakers. The Acer Chromebook 15 C910-54M1 is packed with a 4-cell Lithium-Ion battery rated at 3270 mAh which in return provides impressive battery life.

5200U: Broadwell-based ULV (ultra low voltage) dual-core processor for notebooks and ultrabooks. Offers an integrated HD Graphics 5500 GPU and is manufactured in 14 nm.» Further information can be found in our Comparison of Mobile Processsors. 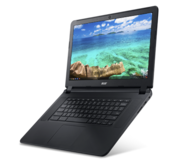 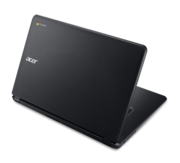 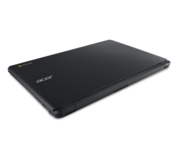 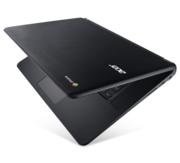