With the Acer Aspire AS7741Z-4643, you'll find something that you rarely see among desktop-replacement laptops: a price south of $500. You’ll need to visit Wal-Mart to find it, though, because the discount retailer has an exclusive on the AS7741Z-4643. If you want a big-screen notebook at a small price, this Wal-Mart-exclusive machine will deliver for basic tasks, though it's no processing powerhouse.
Single Review, online available, Long, Date: 12/01/2010
Rating: Total score: 71%

P6100: The Pentium P6100 is an entry level CPU based on the Arrandale core. Compared to the Celeron P4600, the P6100 offers a bit better performance due to the faster System Bus and an increased Level 3 cache. However, VT-x is not available for the P6100.» Further information can be found in our Comparison of Mobile Processsors.

65.5%: This rating is bad. Most notebooks are better rated. This is not a recommendation for purchase. 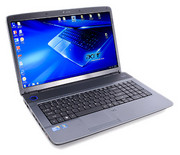 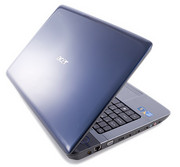