Reviews for the ZTE Open C

The ZTE Open C is very cheap, but its terrible battery life, token camera, poor screen and limited selection of apps and services place it very much at the bottom of the bargain bin. It's also only available SIM-free as an eBay exclusive from ZTE's eBay store, making it more difficult to get help if something goes wrong. If you can spend a little more, the £90 Motorola Moto E is a vastly superior phone that's much better value.
Single Review, online available, Very Short, Date: 10/07/2014
Rating: Total score: 40%
50% ZTE Open C review
Source: Trusted Reviews

The ZTE Open C is very cheap and as a first smartphone it could certainly do a job. It represents a definite step up from the realm of feature phones. The trouble is you can get a number of smartphones that are a lot better for just a smidgen more cash. The Moto E and the Lumia 520 are superior in terms of specs, performance, and platform and they're not a lot more.
Single Review, online available, Very Long, Date: 06/18/2014
Rating: Total score: 50% price: 80% performance: 40% features: 40% workmanship: 60%
ZTE Open C review - Firefox Phone one of the cheapest smartphones you can buy
Source: Tech Advisor

The ZTE Open C smartphone costs only £60, and that’s the unlocked price so you can put a SIM from any operator into it. It runs the open source Firefox OS, and is aimed mainly at emerging markets such as China and India. However, you can buy it in the UK from ZTE’s ebay shop.
video review
Single Review, online available, Very Short, Date: 06/17/2014

The Open C is an unlocked smartphone which costs very little. Although it’s better than the original ZTE Open, performance isn’t great and the operating system makes the 4in screen appear to have even fewer pixels than it does. If you’re on a really tight budget, you’d be better off going for a pay-as-you-go smartphone such as the Lumia 520, which will cost you just £75 locked to a mobile operator such as T-Mobile or Vodafone. If you’d prefer Android, then look to the Moto E.
Single Review, online available, Very Short, Date: 06/13/2014
Rating: Total score: 50% price: 60% performance: 40% features: 50% workmanship: 40%
60% ZTE Open C (Unlocked)
Source: PC Mag

There are very few unlocked smartphones available for under $100 in the U.S. Note that I'm saying unlocked; it's perfectly possible to get a prepaid, but carrier-locked Android or Windows Phone for under $100. For unlocked phones, though, your best options are lower-end devices from BLU or gray-market Samsung or LG devices. That's why we're rating the Open C as high as we are: It's quite a feat for a sub-$100 device.
Single Review, online available, Very Short, Date: 06/13/2014
Rating: Total score: 60%

The ZTE Open C packs a combination of budget hardware and the new OS from Firefox. Being an entry-level device, it is definitely cheap to own, but it might not be everyone's cup of tea. Specifications are as basic as it gets with a 1.2 GHz Cortex-A7 dual-core processor, Adreno 302 GPU, 512 MB RAM and 4GB internal memory.

There is an option to add storage space with a MicroSD card up to 32 GB. The display is a 4 inches TFT capacitive touchscreen which does a decent job. There is only a rear 3.15 MP camera, which is less than impressive. Other features include FM radio, GPS with A-GPS technology and WiFi capability; all being pretty much expected to be included in modern budget smartphones.

The operating system is still in development and has straight forward features, but there is currently a lack of applications. The device itself feels sluggish and the exterior simply looks cheap.

The 1400 Li-ion battery is more than enough to sustain a basic smartphone. Overall, there is much to consider before purchasing the ZTE Open C and many users will skip the option when they try one out.

This is one of the smallest diagonal for smartphones.

ZTE is short for Zhong Xing Telecommunication Equipment Company Limited, which was founded in China in 1985. The product range includes, for example, USB sticks, routers, smartphones and tablets.

The ratings of the relatively many reviews have a wide range from below-average to very good (as of 2016). 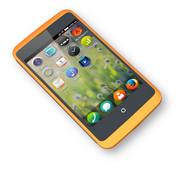